How does Eon implement K-safety and segmented projections? 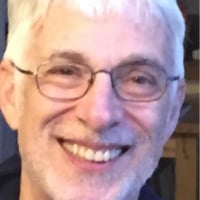 @skeswani, @cdaly1970
Migrating Your Vertica Cluster to the Cloud