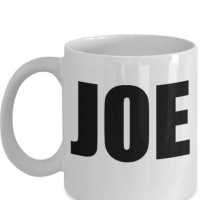 I have Microsoft .Net Framework 4.7.2 SDK installed as well.

I tried installing 8.1.1 first, but it never worked. It just says "installation failed", and there is some cryptic error in one of the log files, which is hard to find. Others have posted about this in the forums.

Then I tried to install 9.1.1, and the install was a bit different. The first thing it does is tell you to accept and install .Net Framework. (Note that it doesn't even tell you which version it's going to install.) If you hit Accept, it brings you to a second, similar screen, where you must accept again. At this point, I refused because it was going to install .Net Framework 3.5, which I don't want. (All apps made for 3.5 can run on 4.5 or later, if the developer would simply specify that it can when building.)

Now I cannot install either version at all. If I try to install 8.1.1, it says I already have a later version installed, but I do not. There is no Vertica software visible anywhere in WIndows or in Program Files. Even worse, if I try to now install 9.1.1, it brings up an empty window with only this text at the top: "Microsoft .NET Framework required for Vertica Client Installer setup". There are no checkboxes or anything else in this window, so the only choice is to close it.

All I want is an updated version of vsql.exe. Should it be so difficult?.